Recently, I published a dream about having two passports at an airport.

Parts of this dream happened in real life in April of 2016. It was a nightmare!

To dream of the incident 6 months later shows I was still processing the negative emotion of embarrassment.

In real life my mom wasn’t there when it happened.

But in the dream she was.

This gives me a good opportunity to explore the metaphor.

In the points I listed about the dream I didn’t mention what my mom was saying or doing. Just that something bad happened and then she showed up.

I figured it out and solved it without her.

One of the reasons I may have solved the situation in the dream without her is because the solutions she was offering were not useful to me.

They may be useful to her. They may makes sense to her in the dream. But the solution to having two passports and needing to get the right one in order to get on a plane and go to where I want to go does not require her type of solution.

In the dream she was fine with this. If she had not have been fine with it there would have been a negative response which would have tried to interrupt what I was doing. But since I ended up sorting it out and getting on the plane it means in the dream even though I didn’t do her solution she did not stop me from doing mine.

Because this is a dreamwork blog and the purpose is to turn negatives into positives in real day-to-day situations then I can think about where in my life is there someone or something which is trying to interrupt me from doing what my True Self wants to do.

At the heart of it, the soul wants to grow. Each soul, of every human being seeks and desires growth. It’s the main purpose of life.

In a world where people have a lot of Unity and Cooperation then everyone’s True Self can express itself without harming another.

But our world is not there just yet.

What we have a lot of today is people who have allowed their egos to so much take over their own selves that they forget who they truly are and instead they are seeking just to over-power others on their climb for the top.

When someone with a lot of ego comes across someone who is just trying to be their True Selves, the ego-driven person may experience jealousy, fear or intense shame. Those strong negative emotions can lead them to act in ways which are contrary to Unity or Cooperation.

A plane in a dream is about the future because air is the metaphor for the future.

I was working on a complex issue with a lot of confusion and was seeking to move through it to get to where I wanted to go.

When I was feeling my lowest in the dream someone showed up but they didn’t show up to help. If the person in the dream was showing up to help then I would have gone with their support but no, I declined their solution and went with my own which worked.

So this is a metaphor for a pattern which happens in our real world today where some people look for opportunities when others are at their lowest and then they seek to take advantage of that to get their own way, to meet their own selfish motives, to put others down and put themselves on top. 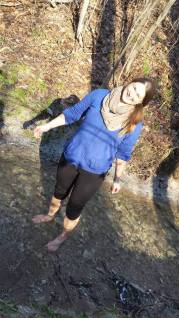 The dream suggests I have a solution for that.

So that’s why I share so openly on this dreamwork blog. So that I can share my dreams, experiences and solutions in a way which may also help others who have tried to live out the desires of their True Selves but found obstacles in the way.

The process of removing or moving through obstacles is not an easy one. But it’s really worthwhile in the end.

The positive outcome is SO worth the effort!