This dream has two people in it who I know in real life. The important thing about dreaming of someone who you know in real life is to first think of them as a metaphor and not about the real person. The reason for this is so you can get the message of the dream and make any changes to your Self so you can grow. In real life, we cannot change anyone. They can change themselves if they wish to but we can NEVER change another person. So when someone shows up in a dream doing something negative then it’s valuable to think of the metaphor first because the amount of change in the realms of metaphors is infinite! 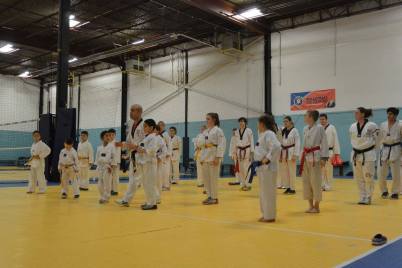 In the dream, my biological sister is chasing me, mocking me, taunting me rolling her eyes at me, getting others to look down on me.

When she doesn’t stop I run away and when I run away she follows me, thinking it is an entertaining game and finding it really enjoyable seeking out to destroy me.

In the dream, I run into a Martial Arts training club and blend in with the crowd who are training. She comes into the club and stops in her tracks.

(There is something so powerful about a group of Martial Artists!)

I speak with the lead instructors and I start training with them. When I leave the training area I am given a phone and speak with someone from Children’s Aid Society.

They ask a few questions then end the conversation. Later I find out someone had reported me to the agency after they read something I had wrote against them. But there is no further issue.

Then I am sitting in a bus and look up and my biological mother is there, glaring down at me. I want to run away but don’t need to run anymore. She starts saying all her negative things and I say,

“Perhaps the reason my sister acts the way she does is because of the negative way you are as a parent. Perhaps I am not the problem but YOUR PARENTING is the problem.”

She wants to say No. But she can’t speak.

There is Truth to what I was saying and she knows it.

That is the end of that dream.