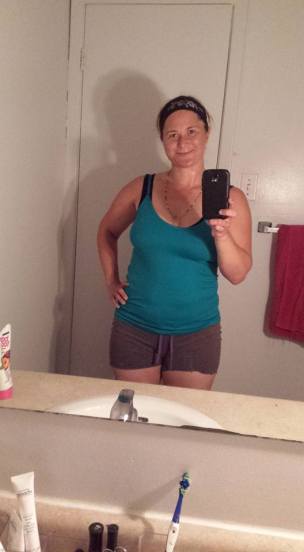 In the dream, I am doing sit-ups in a gym with three heavy-weight body builders, of the Arnold Schwarzenegger variety. At first, they were doing their thing, lifting weights, and I was doing mine, sit-ups, and we were side by side on mats. Then the three of them decided they didn’t want me there anymore and they started making comments and movements indicating I should go. But my goal was to do sit ups and I didn’t want to stop, so I just moved over a couple inches to give one guy more room on a mat and then I pulled out  my ankle weights and put them on and kept doing sit ups. They looked at one another baffled and then just carried on with their weight-lifting.

Just yesterday I posted something about Super Powers in dreams and also how one personal trainer is using the metaphor of Super Heros to encourage those he is working with. Usually when we think of super hero powers we think of people doing things which seem humanly impossible, such as flying or walking through walls, or lifting things that are extra-ordinarily heavy, or having skin which can’t be permeated by bullets.

This dream is reminding me of the experience I’ve had in life, where I wanted to do something simple, such as sit ups in a gym, but where it took super-human effort to achieve what others would think of as a simple, no-brainer kind of a goal.

In the dream, it took super-human mental strength to stay in that environment when the three men could squish me like a flea. They out numbered me and out strengthed me physically by about 100x.

Yet, I stayed put and continued on uninterrupted. This is a positive dream and it means I should keep going forward now in positive ways.

There is more I can write about the symbols and metaphors but at the moment, I don’t have the heart for it. I’ll re-visit it at another time.